Hi guys, Today I’m going to talk about The Last Dance Documentary, and what I feel sets Michael Jordan apart from the rest of the pack. MJ Air Jordan himself I believe is the Goat (AKA Greatest OF ALL TIME). As shown in the documentary he had the greatest work ethic of any athlete in any sport in the history of time. Jordan stayed locked into the present moment and did not let his mind think about the result of the game. I have never seen an NBA player in my lifetime be so locked in on the moment. He had ice water in his veins like no one before him and no one after him. That’s why I will always believe he will be the GOAT NBA player to the end of time.

What made Michael Jordan’s impact even more powerful and completely unmatched is because he was the greatest cultural icon of our time! Whether It’s the impact of his groundbreaking deal he made with Nike in the mid 1980’s when he came in to the league, or his deal was the first of its kind when it comes to branding deals and commercials. The contract that MJ made with Nike the Beaverton Oregon based company, put Michael Jordan’s and Nike’s popularity absolutely through the stratosphere! As chronicled very well in The Last Dance documentary, the 1992 Barcelona Olympics, Michael Jordan and the Dream Team is the reason why the game of basketball is where is today globally. The Dream Team was treated like The Beatles mobbed by fans and reporters and paparazzi especially MJ. He was treated like a Godly figure, over there in Spain. The way he motivated his teammates to do better was unmatched. He was able to light a fire under his teammates and lead them in the right way every time. Michael Jordan was 6 for 6 in Finals! A perfect record in the finals two three peats in the 1990’s the second three peat was after an 18 month layoff to go play baseball to honour his father , James Jordan Sr. who was tragically murdered. 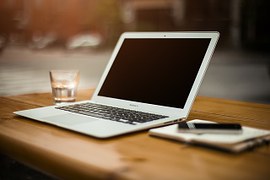